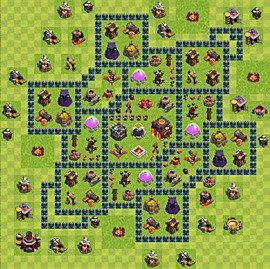 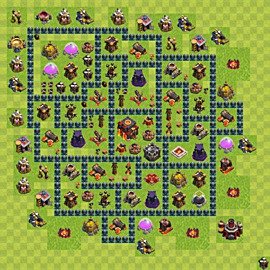 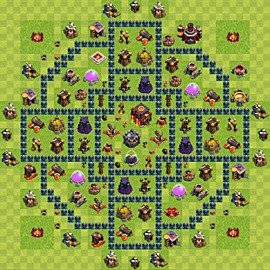 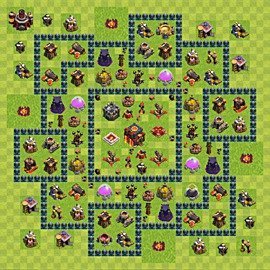 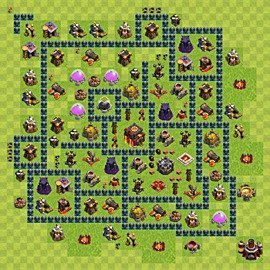 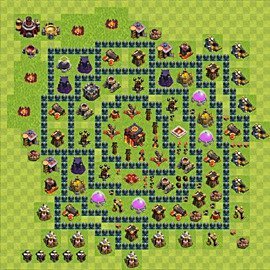 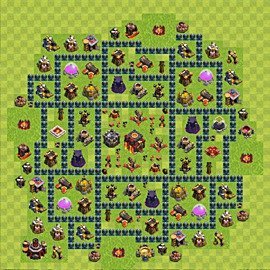 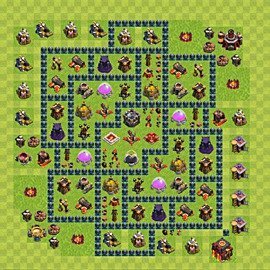 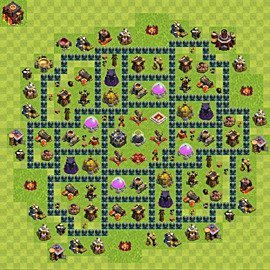 After update of the game on December 10, 2015, a large number of 3 main resources (Gold, Elixir and Dark Elixir) are kept in the Town Hall. Now it makes no sense to put Town Hall outside the Wall (you will lose the resources stored in the Town Hall and will not get shield!). After this update, the main task of the players is at any cost to defend the Town Hall! Please choose Base layout for “Defense”!