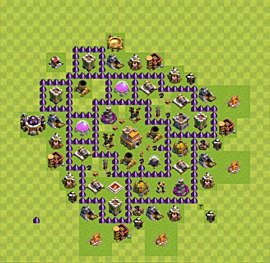 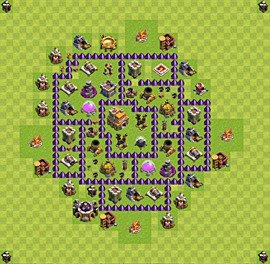 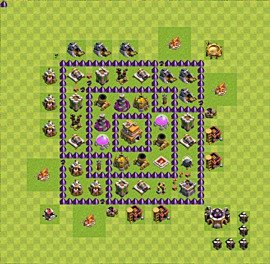 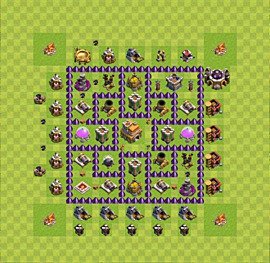 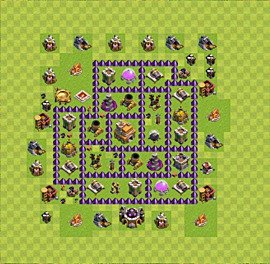 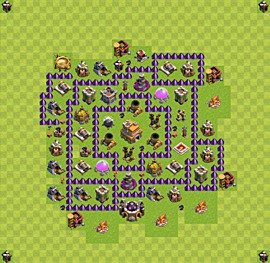 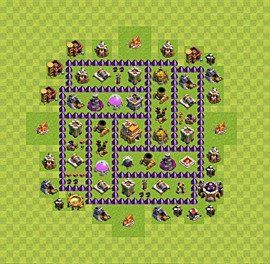 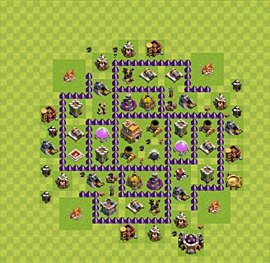 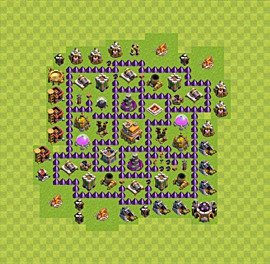 This is one of the most interesting upgrades in this game as you get another 12 constructions available as well as a hero – the Barbarian King. Such constructions become available: Dark Elixir Drill, Dark Elixir Storage, Dark Barracks, Barracks, Army Camp, 2 Cannons, Archer Tower, Mortar, Air Defence and 2 Hidden Tesla. As for the traps, you’ll have Seeking Air Mine, that does an enormous damage to the air objects. Also you’ll have the possibility to build 50 additional Wall units.

On this level you can fight for the first time with Dragons, Minions and Hog riders!

After update of the game on December 10, 2015, a large number of 3 main resources (Gold, Elixir and Dark Elixir) are kept in the Town Hall. Now it makes no sense to put Town Hall outside the Wall (you will lose the resources stored in the Town Hall and will not get shield!). After this update, the main task of the players is at any cost to defend the Town Hall! Please choose Base layout for “Defense”!